A basic beadweaving technique used to make jewelry or decorative objects. Using a beading needle and thread, beads are woven together is a zig-zag fashion.

This stitch allows the beader to create a beaded fabric without a loom or visible thread. By zigzaging the thread thru offset rows of beads, any size or shape can be created. The offset alignment achieved with peyote stitches give texture and interest to beaded jewelry and accessories. Learning the peyote stitch is usually easier than it looks. It’s a great style to use for bracelets, necklaces and small bags or amulets.

Peyote stitch has several variations and can be flat or tubular. The five commonly used stitches are:

Seed beads produce the most symmetrical and attractive results. Delica seed beads in particular look very sharp due to their regularity.

The simplest form of peyote stitch is the flat even count version. It is the easiest to learn and provides a symmetrical finished product. Since an even number of beads are used, there is no center bead, thus a centered symmetrical design wont work.

Flat odd count peyote stitch is a bit more complicated, but does have a center bead, allowing for symmetrically centered designs. Turning the thread at the end of the row can be complicated for beginners, as a figure-of-eight type procedure is needed. A two-needle technique makes it easier to work this stitch.

Tubular peyote can be done in both even and odd count as well. If a symmetrical design is desired, the odd count version is needed. By using just a few beads per row you can create a rope that is good for necklaces or to add a handle to a bag. For a seamless bag, hundreds of beads can be used for each row to produce a large tube.

Flat round peyote is another version of the stitch which is useful for making round projects such as buttons or decorations. 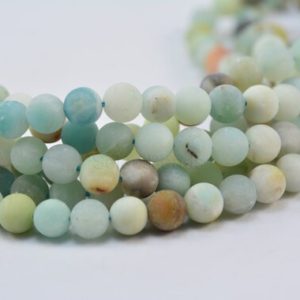