Moss Agate brings a connection with nature spirits to the overall nourishing qualities of Agate.

Agates in general are calming, stabilizing stones that bring you the nurturing energy of the Earth and moss agate is no exception.

Moss agate helps you feel the natural abundance of the Earth and rest in the knowledge that this abundance is also available to you as a child of the Earth. Carry a moss agate to increase your feelings of wholeness and the tranquility of knowing you are exactly where you belong and the Universe supports you.

Moss Agate as a Gemstone

Moss agate contains green tendrils that resemble moss that grows on trees. Like most agate, it contains transparent to translucent patches. 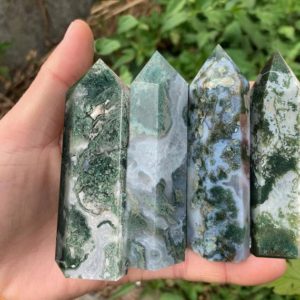 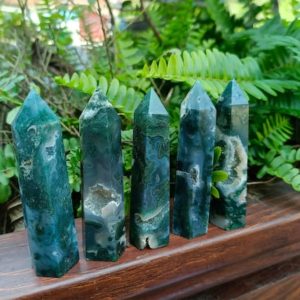 Moss Agate Small Stone Shaped Heart with Flat Back K258
505
If you purchase through these links, we may receive a small commission. Disclosure 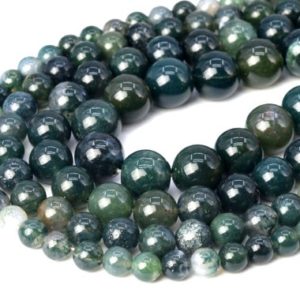 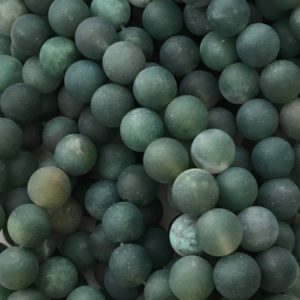 Other Types of Agate Blue lace agate is ideal for situations where you know you must speak up and don't feel confident that you can find the right word... Read more Dendritic agate helps you integrate the disowned and shadow aspects of your personality to create healing and transformation. Read more

Disclaimer: Moss Agate Properties, Moss Agate Meaning, and Moss Agate Uses listed here are not a substitute for medical care. If you have a physical or mental illness, please see a doctor or mental health professional.